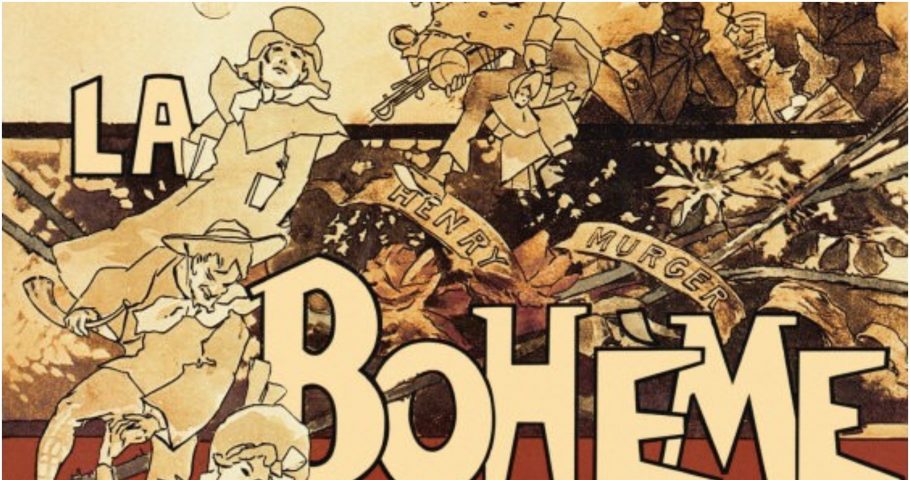 The plot in Scènes de la vie de bohème by Henri Murger is set in 1830. These stories were first published in a magazine, but were later dramatized and published in a collection in 1851. In 1896 Puccini and his librettists created their operatic version La Bohème to great success.

In the first act we meet the writer Rodolfo and the painter Marcello. They share a cheap loft apartment. It is winter in Paris. The Sewer Mimi, a new neighbour comes and asks for a match for her candle. She and Rodolfo falls in love.

In the second act we are in Momus inn where Marcello gets together with his temperamental ex-girlfriend Musetta.

Third act is set outside an inn by the city gates. Rodolfo tells Marcello that he has left Mimi out of kindness. He thinks she is seriously ill, and without him, she can find a rich suitor who can pay for her treatment. Without him knowing Mimi overhears the conversation. While Marcello and Musetta argue, Mimi and Rodolfo gets back together again – at least until spring.

In the fourth act they have left each other again, but everyone meets in the loft apartment. Mimi is dying from tuberculosis. The bohemes sell their belongings to buy medicine, but Mimi dies and Rodolfo is heartbroken.