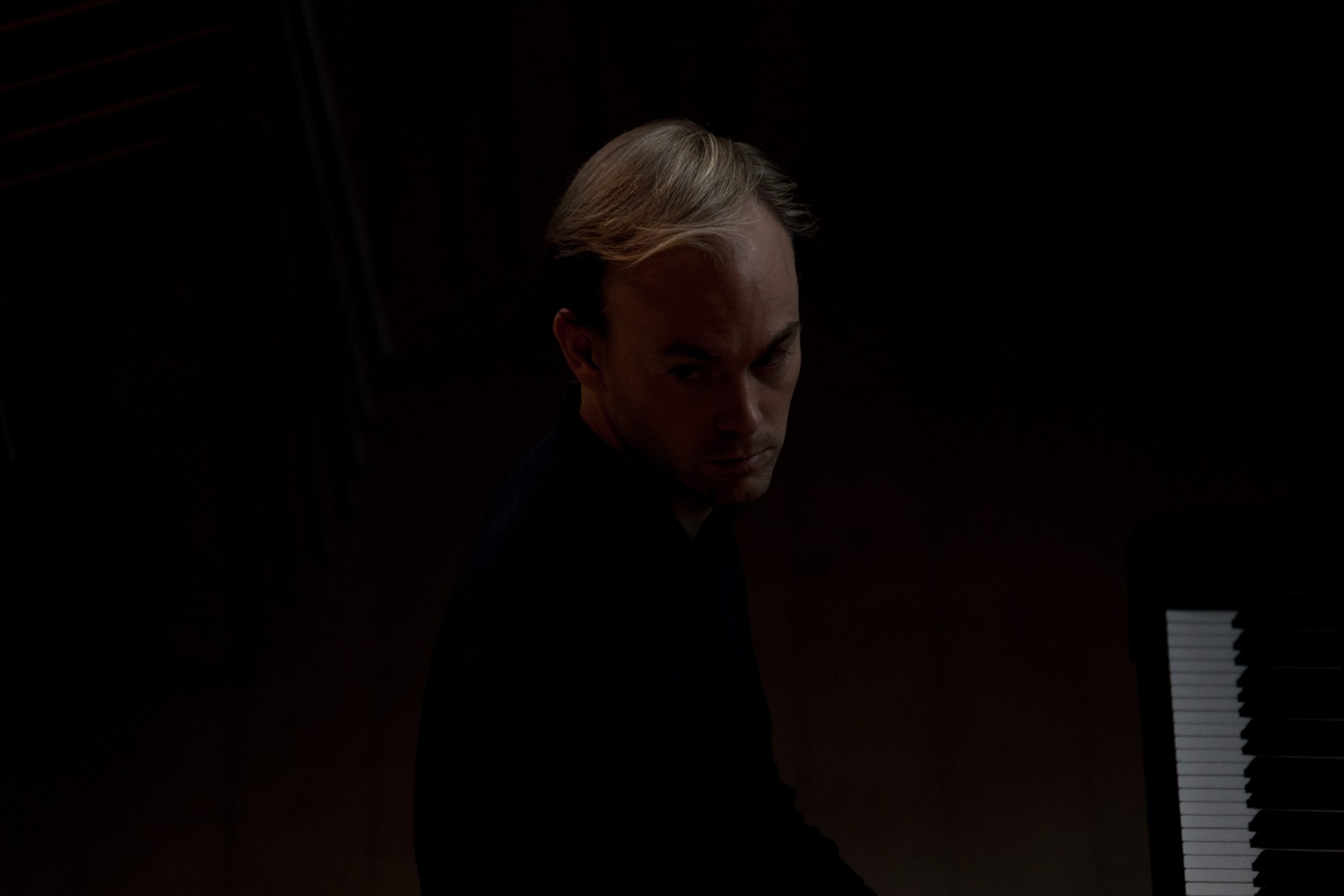 Mathias Halvorsen (born 1988) lives Reykjavik with his family. He performs regularly in lots of weird places, doing anything from chamber music and solo concerts to composition and exciting genre defying projects. From 2018 to 2020 Mathias was on of only twelve members of Bundes Kulturstiftuns fellowship program BeBeethoven.

He studied with prof. Jiri Hlinka (2006-2010) in Oslo and with prof. Gerald Fauth (2011 – 2013) in Leipzig. In 2008 he founded the Podium festival in Haugesund together with Guro Pettersen. The festival was held for the 13th time in 2020. In 2009 he discovered the manuscript of piano concerto no: 5 by the Norwegian composer Halfdan Cleve at the National Library in Oslo and performed it with the Lithuania State Symphony and conductor Gintaras Rinkevicius. Since 2010 he has been performing concerts in complete darkness as a founding member of the critically acclaimed group LightsOut.

In 2020 Mathias made his debut in the big hall of Berlin Philharmonie with JEB Orchestra and conductor Miguel Perez Inesta. Since april 2019 he has been touring with violinist Mathieu van Bellen in a new production of La Boheme, featuring only violin, piano and subtitles. The arrangement was made by the musicians themselves, combining the parts of the soloists, the choir(s), and the orchestra in a giant, uncut version of the opera for only two players. His latest solo project is a multi- release recording of Bach’s The Well-Tempered Clavier on prepared piano. The first instalment was released on Backlash Music November 2018 as “The Well-Prepared Piano, vol. 1”. In 2020 Mathias released two more albums on Backlash Music, and his forth album for the label «On Palestrina» is coming out in 2021.

Mathias appears regularly alongside Peaches in the duo show Peaches Christ Superstar. This production has visited many festivals such as Theater der Welt in Mannheim and Yoko Ono’s Meltdown in London. He has also done several dance and theatre pieces with director and choreographer Laurent Chetouane. One of these, the comedy ‘Den Stundesløse’ featured Mathias’ acting debut at the National Theatre in Oslo, Norway.

In 2017 Mathias premiered his first opera Dracula, commissioned and performed by the Haugesund Chamber Opera. His second opera And Then There Were None is commisioned by Haugesund Teater with a planned premiere april 2021. Other pieces like the The Square and The Transfigurator 3000 has been performed at Podium Festival Esslingen and Scaldis Festival, and have been the basis for several youth project by Boyes Musikkompani.