In this opera the world-famous opera singer Kirsten Flagstad confronts crucial moments in her life – moments that changed her as a human being: great triumphs on the stage as well as the most profound challenges of her private life.

We are in her room at the most prestigious hospital in Oslo in the late autumn of 1962. In the terminal stage of cancer, Kirsten is waiting for her best friend, actor and producer Bernard Miles, to visit her from London before it is too late. While she is waiting for him, she develops a close friendship with the young female nurse who is taking care of her. Kirsten confides in her and shares her deepest secrets. In a flashback triggered by a morphine injection, she briefly relives her relationship with her late husband, successful businessman Henry Johansen, who up to 1941 was a member of Nasjonal Samling – the poli tical party that collaborated with the Germans in their invasion of Norway.

Later in the evening, while enjoying a few sips of cognac with the nurse in secret, she also shares memories of her long and extensive career and her troubled relationship with her daughter, Else, as well as the rough treatment she received in Norway after the Second World War because of her husband Henry’s misjudgements. He was acquitted of all charges, but the pardon came after his death, far too late. Kirsten Flagstad spent the rest of her life trying to counter the false rumours and accusations she faced. Eventually, in 1958, she would become the head of the first Norwegian Opera House, but by then she was already suffering from cancer.

Finally, Bernard arrives. They share some precious time together and relive their happiest memories – her comeback in England when Norway still wouldn’t let her perform in her own country, and the priceless love and support she received from Bernard and his family in the latter part of her life.

Then, Kirsten Flagstad is ready for her final journey.

When I have sung my songs for you, I’ll sing no more. 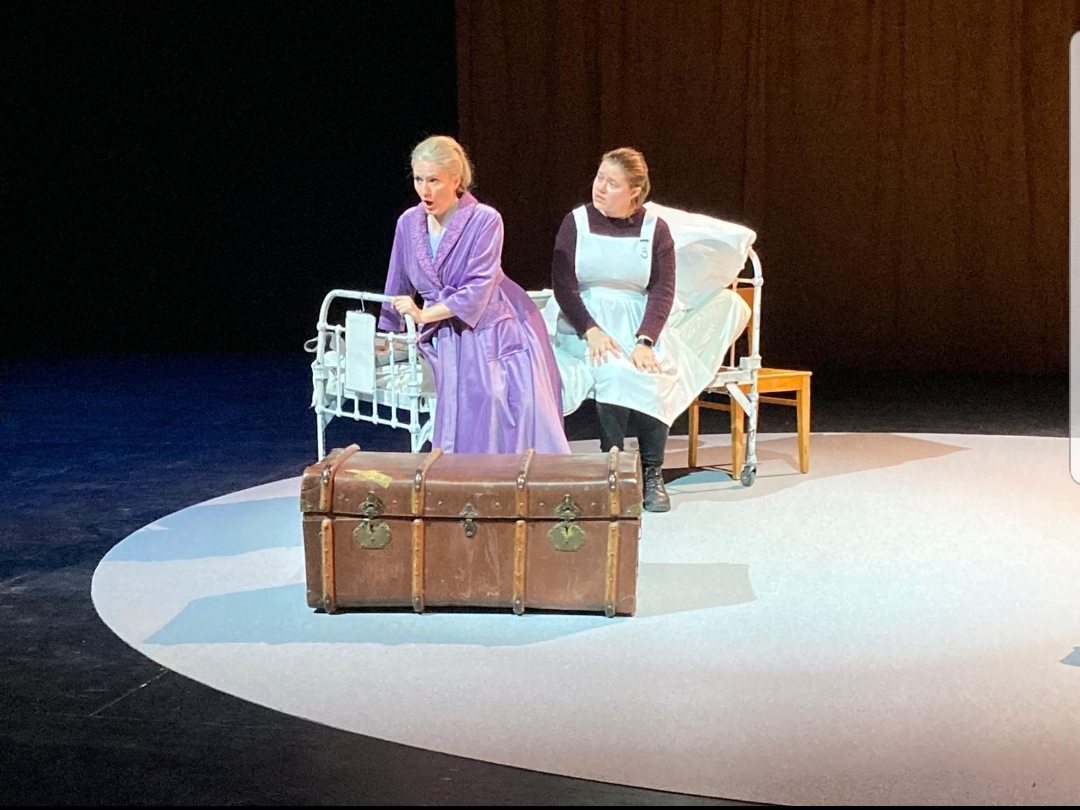