I had written my first opera in the classic format. Einar Björge had provided me with a fantastic libretto, and our generous and visionary “mother opera”, Gjøril Songvoll, had opened the necessary doors and planned to let us hold the world premiere of Flagstad – The Opera at the Norwegian Opera and Ballet in Oslo, with the unique Birgitte Christensen in the leading role, and with Lise Granden Berg as a superb alternate. In addition, Gjøril and Einar had jointly selected the delightful singers and personalities to play the supporting roles: Eldrid Gorset as Nurse and Bernt Ola Volungholen as the two men in Flagstad’s life. Stefan Ibsen Zlatanos, a total genius, had arranged my simple, hand-written score for chamber ensemble, and Einar himself directed. The striking set design was by Hans Petter Harboe. Henning Noack (make-up), Line Maher (costumes), Martin Flack (light design) and Fritjof Brevig (assistant and handyman) all contributed their expertise. I could not have been more pleased.

Holding the world premiere of an opera was not an everyday event, so I set aside the last week before opening night, which was to be Friday, November 6th, to keep an eye on the rehearsals and preparations. To my great satisfaction, we had gathered a group of outstanding musicians. Drummer Hans-Kristian Kjos Sørensen was a good friend after our collaboration on the Edvard Munch cantata Soloppgang, and the young Elisabeth Lund Tomter, the daughter of my friend Lars Anders Tomter, had followed in the footsteps of her father as a viola player. In addition there were bassoonist and flautist Hanne Rekdal and bassist Jon Åsnes. Everyone worked together closely and capably with maestro Stefan, who himself played the grand piano and developed his increasingly compelling score with an ever greater richness of expression.

I sat in the hall and heard how all of the people involved worked intensively to get the production to fall into place in the brief amount of time we had at our disposal. But time pressure can often spark an extra effort. Even Mozart experienced time pressure.

All the same, there was also another type of pressure: the Coronavirus. After a few relatively normal months in the summer and autumn, the infection rate was on the rise again. We watched the news every day and knew that the situation was precarious. Only 200 people were allowed into the concert halls, and far fewer in the smaller venues. Only 49 audience members were admitted to Stage 2 of the Norwegian Opera. But never had 49 people been more important to us. And only a few days earlier, Birgitte Christensen had appeared on the main stage to sing at the grand celebration marking Kirsten Flagstad’s 125th anniversary.

But this was a new work. New lyrics. New music. And I was stunned when I saw what was happening on the stage – how the production took shape, improving dramatically day by day. We had got hold of Odd Geir Sæther himself to film the performance, but should he film the dress rehearsal or the premiere? Gjøril decided on the dress rehearsal, Thursday, November 5th. And at that moment I thought like Glenn Gould: a recording can be more important than the concert itself. Because the situation was growing more and more insecure, almost hour by hour. Everyone knew that a new lockdown was drawing near, but when? During the last few days, the infection rate had doubled, then tripled. Would we find that all the work we had devoted to this production would be for nothing?

Our nerves were tense at the dress rehearsal. Although Odd Geir tried to make himself as invisible as possible, his cap was very recognisable. He had set up his cameras, and everything was ready for the recording.

This was the first performance in front of an audience. We sat spread out in the beautiful chamber hall, and I suddenly realised: This IS the world premiere. It’s now that the performance will come together. It’s now that it counts.

When the final ovation arrived, I was probably as exhausted as the performers onstage. At the same time, I was ecstatically happy that the performance had been virtually the most perfect result that could be expected. And – we had a recording!

I have always liked the intensity of live recordings. They are honest. Granted, they might have mistakes, but they are human, with an intimacy that all true art embraces. And they reach heights that calculated perfectionism will never be able to achieve. How can a studio recording that has been edited 130 times compare with a living, breathing concert recording, where the musicians are playing for the audience with their nerves on edge, with no possibility of editing? Just think of Leonard Bernstein’s unique series of symphonic recordings from the 1980s. All art is communication created by human beings.

The next day, Friday morning, only five hours before the actual premiere, Gjøril received a telephone call from the director of the Norwegian Opera and Ballet, Randi Stene: “A member of the ballet corps has been diagnosed with Coronavirus. We have to close the entire building down.” Three days later, all of Oslo was shut down. This situation has lasted until March, when I am writing these words.

That was when I thought, with the audacity of youth: Fuck the Coronavirus! Maybe the dress rehearsal itself was the peak! Odd Geir took the recording home to watch it, and I went to my beloved Rainbow Studio to listen, together with technician Martin Abrahamsen.

Only a few days later we had decided: This had to be released – as both a CD and a DVD. We sent the material to Helge Westbye at the record company Grappa, and when he agreed with us, I nearly wept with joy. The production had become so important to us.

Here is the result. It was performed “with steaming human blood”, as the Oslo bohemian Hans Jæger would have said. It is about the last hours of Kirsten Flagstad’s life. This is life in deadly earnest.

And four months later, Oslo is still closed down.

The CD/DVD may be purchased here 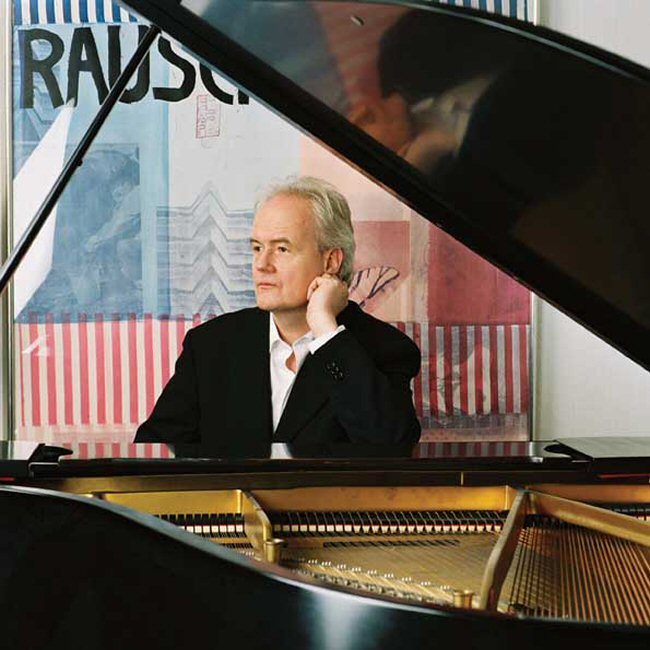